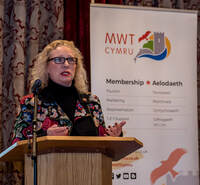 With over 20 years of practical experience in industry (attractions, academic research, private sector tourism consultancy and senior  roles for destination organisations) Lucy joined Visit Wales as Head of Marketing in November 2018 after running her own company. 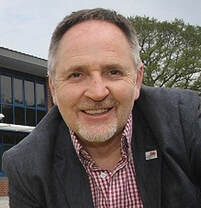 In April 2015 Arwyn was honoured to be elected President of the Culinary Association Wales following his retirement as a key advisor to the National Training Federation of Wales (NTfW) which he formerly chaired; Arwyn is Managing Director and Chairman of Cambrian Training Company, winner of the Apprenticeship Provider of the Year at the Apprenticeship Awards 2013.

​Arwyn received his OBE in 2018 for his services to Education and Training in Wales and Arwyn continues to represent NTfW and Cambrian Training Company on a number of Regional and National Bodies including the RLSP Mid and West Wales and is a Director and Trustee of the British Food Trust. 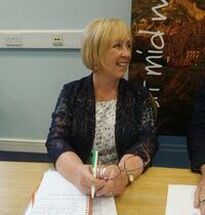 Suzy recently left the Welsh Parliament (Senedd) after ten years as an Assembly Member/Member of the Senedd.  During that time, she served on committees examining issues relevant to tourism and was, at various times, Shadow Minister for Tourism, Education, Culture & Heritage, Social Services and Welsh language.  She was also Chair of the Senedd’s Cross-Party group on Tourism.

She began her career working in hospitality, tourist information and arts marketing before qualifying as a solicitor, working mainly in Mid Wales.  She lives in the Dyfi Valley where her family has a farm and caravan park.
​ 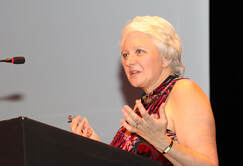 ​Val is originally from Scotland, but her roots within the Welsh tourism sector run deep where she has worked in the industry for over 30 years. From running her own B&B in Newtown, Powys for over 10 years, she started with MWT as Membership Manager in 1999 and was appointed MWT Chief Executive in 2006. Val is a member of the Mid Wales Regional Tourism Forum and represents the industry on several national and regional forums. 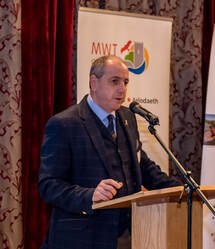 Steve is Chief Executive of the Royal Welsh Agricultural Society, having previously had a 30 year career with the Police Service spanning all aspects of Policing. Retired from the Police as the Chief Superintendent responsible for Territorial Policing throughout the Dyfed-Powys Police area; Steve was an experienced Firearms and Public order commander and Hostage Negotiator. Current Chair of the Mid Wales Tourism Forum, Member of the Welsh Government Agricultural Advisory Panel for Wales, Seconded as an expert onto the Wales YFC Finance and Management Committee. Lover of the outdoors and involved with Avalanche Events offering extreme events in Mid Wales. 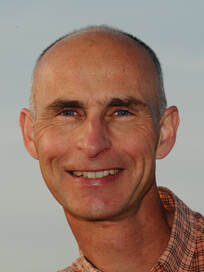 York Membery is a journalist and travel writer, and a regular contributor to the Daily Mail (travel section and Weekend Magazine), Sunday Times and BBC History Magazine. He worked at the Western Mail, Mirror, Express and Sunday Times before turning freelance. He's written for the travel pages of the Evening Standard, Independent, Telegraph and Times among other publications. 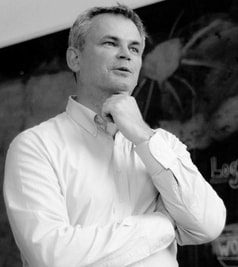 Roger spent 8 years leading the Place Practice and Wales operation for independent brand consultancy, Heavenly. He is now an independent consultant as well as Associate Partner at Heavenly and Associate Strategist and Orchard. He has developed brand strategies for some of the UK’s most successful city regions including Belfast, Cardiff and the West Midlands. In Wales, he has built brands for Carmarthenshire, Lake Vyrnwy, Llanelli, and Neath Port Talbot.


​Other projects include Great West Way, Wiltshire, Salisbury and Haringey. He is currently helping Essex create a new marketing organization, and guiding tourism projects Celtic Routes and Ancient Connections. In Mid Wales, Roger is developing a brand for the Cambrian Mountains.

Roger’s campaigns have won numerous national and international awards, including Travel and Tourism Campaign of the Year at the Chartered Institute of Marketing CIMTIG Awards on three separate occasions.

​Roger is Joint Editor of “Destination Branding” and Visiting Professor at Surrey University School of Hospitality and Tourism. He is also a Founding Trustee of the Welsh Sports Foundation. 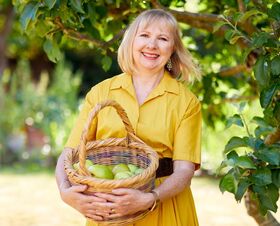 Nerys Howell - Food Specialist
​
Nerys runs Howel Food Consultancy, a bi-lingual company specialising in providing a range of innovative and creative services for the hospitality, food and drink industries. Nerys has over 30 years’ experience working in both the private and public sectors having worked for the NHS, Compass Catering and with clients such as the Welsh Government, Meat Promotion Wales (MPW) and local authorities as well as individual companies and large retailers in the promotion and marketing of food and drink.

Nerys has travelled widely as a food and drink consultant promoting award winning food and drink and other products through cookery demonstrations in various trade and consumer shows both in the UK and overseas.

Nerys has been a Non-Executive Director on the Enterprises Ltd Board for Museum Wales, advising on food, hospitality and retail and developed a Food and Farming Strategy for the Museums.

Nerys works with Lantra on an RDP funded project Wales A Food Destination as part of the Food Skills Cymru project with the aim of supporting businesses to source, sell and serve local food and drink. She has written two bilingual books – Cymru ar Blat/Wales on a Plate and Bwyd Cymru yn ei Dymor/ Welsh Food By Season.

Nerys Howell is a familiar face on S4C having presented and demonstrated food and drink themed items for nearly 20 years on programmes such as Heno, Prynhawn Da, Casa Dudley etc She is often invited to discuss food and drink on Radio Cymru, BBC Radio Wales and ITV. 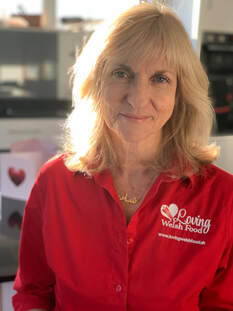 Sian is the Owner and Director of Loving Welsh Food.  Loving Welsh food offers a variety of food tours, cookery workshops, demonstrations in Cardiff and the Vale of Glamorgan.  Online activities are now also on the menu. The company won “Best Activity in Wales at the National Tourism Awards 2018”.  Tours are offered in English, Welsh, French, Italian, German and Spanish.

The whole idea of the company is to offer delicious and entertaining activities where people can taste and enjoy Welsh food and drink, find out more about our food heritage and to get to know Wales better. After leaving school, Sian worked as a Tour Guide for 8 years – in Europe, (France, Italy, Austria) and then further afield in Malaysia, Mexico, and Indonesia.

Upon returning to Wales, Sian started working in the media and promoting Welsh Food in the UK and abroad.  Loving Welsh Food was started in 2016.
​

​Sian’s first business venture was to produce a mini-series of Welsh cooking DVDs – “Coginio” (cooking in Welsh).
In the media, Sian currently works as a freelance News Reader for BBC Radio Wales and as one of the S4C Continuity Announcers. Sian produced and presented the cookery series “Loving Welsh Food” for Made in Cardiff TV. 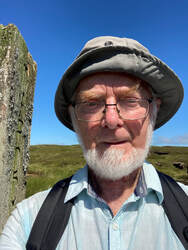 Bill Stow is a Director and past Chair of Rhayader 2000, a not-for-profit company which works with Rhayader Town Council to promote and develop the town. Bill is also a Trustee and past Chair of Radnorshire Wildlife Trust, and a past Chair of both Sustrans and Wildlife Trusts Wales. Having completed the circumnavigation of Wales on foot, he has spent the last year walking the hills of mid-Wales, including the wonderful Heart of Wales Line Trail. 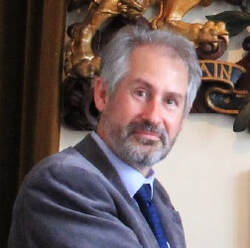 ​Mike has over 35 years of practical experience of strategic and operational management within the conservation, heritage and visitor attraction industry. His work has been primarily within the public and third sectors, for organisations such as the National Trust and Lake District National Park, and he has had the privilege of managing several significant conservation heritage restoration projects including the magnificent Shire Hall in Monmouth.

Mike joined Dwr Cymru Welsh Water as their Visitor Attractions Manager for the Elan Valley in June 2019 and is responsible for managing all non-engineering aspects of the estate directly managed by DCWW, including its visitor centre, which now attracts 230,000 visitors each year. 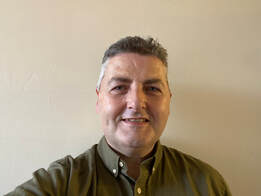 Stuart Owen is co-founder of Going Green for a Living Community Land Trust Ltd (trading as Open Newtown). A social enterprise, limited by guarantee, not for profit, with Land Trust models.
​
Founded in 2017, Open Newtown manages 130 acres of green public space, through a Service Level Agreement with Newtown and Llanllwchaiarn Town Council and a 99-year lease on the land.